Why Are Biohazard Waste Bags Red? When people think of biohazard waste collection bags, they almost certainly think of a red bag with the biohazard symbol on it, and for good reason.READ ARTICLE

I Filled Up My Red Bag, Now What? This answer actually varies state-to-state, but in this article I will be focusing on federal regulations. If you find yourself with a bio-bag full of solid infectious waste, and don’t know what to do with it, you’ve come to the right place. After tying your bag closed you have to check for a few things...READ ARTICLE 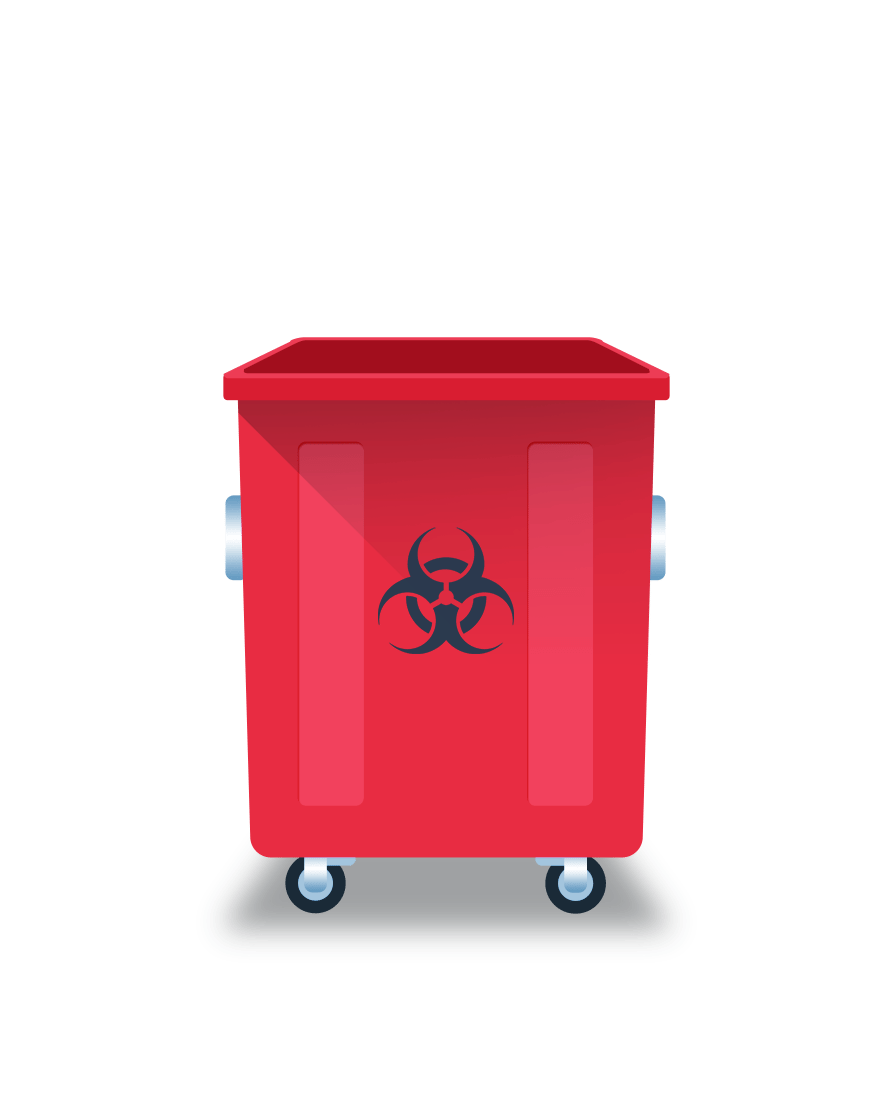 Biohazardous waste, as defined by Iowa State University, is “All biologically contaminated waste that could potentially cause harm to humans, domestic or wild animals or plants. Examples include human and animal blood, tissues, and certain body fluids, recombinant DNA, and human, animal or plant pathogens.” The short checklist you can run through your head to...READ ARTICLE

Biohazard waste is generally defined as any waste contaminated with potentially infectious agents or materials that may pose a threat to public health or the environment. The University of Tennessee provides some examples of solid biohazardous waste. While this is not an exhaustive list, it should give you a general idea of what biohazardous waste...READ ARTICLE