MedPro Disposal helps healthcare providers in Duluth, MN save an average of 30% on their medical waste disposal.

MedPro Disposal is here to provide you with a solution for HIPAA-compliant and secure document and data-shredding. Call Today!

Duluth is a seaport city in the U.S. state of Minnesota and is the county seat of Saint Louis County. The fourth-largest city in Minnesota, Duluth had a population of 86,265 in the 2010 census. 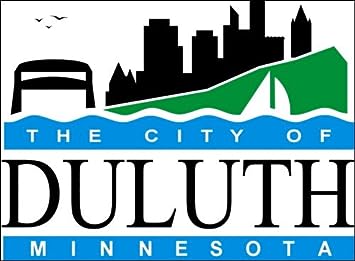 Duluth is a one of a kind town located on the shores of the largest freshwater lake in the world, Lake Superior. Often toted as an endless horizon where the freshwater meets the sky, Duluth is dotted with rocky cliffs and pristine forests that include miles of trails waiting to be explored!

Duluth’s 86,000 residents stay healthy thanks in part to St. Luke’s hospital and St. Mary’s Children’s Hospital. While it may be their job to keep the residents healthy, it is MedPro Disposal’s job to keep the environment and surroundings healthy. Hospitals create large amounts of medical waste, which must be disposed of separately from normal, everyday waste. The reason for this: medical waste is capable of being contaminated with blood-borne pathogens as well as other hazards. Coming into contact with this type of waste can spread disease, or worse.

What exactly is medical waste? Medical waste can be classified as sharps, infectious, pathological, radioactive, pharmaceutical, as well as others. These types of waste need to be disposed of immediately and correctly, to prevent the spread of infection. According to the CDC, there were 17 million cases of infections in hospitals during the year 2011.

While it is important to discard medical waste, it is also important to make sure it is not discarded along with standard, household waste. Otherwise, the entire container will be deemed biohazardous if the two types are intertwined. An example of this is making sure that used sharps go in a puncture-proof sharps container, which is then placed into the larger, disposable medical waste box, rather than a standard trashcan. In order to avoid accidental spillage or puncture, never overfill a sharps container. They should be discarded at around ¾ full.

Here at MedPro Disposal, we enjoy saving our customers money on a service that is required by law. Our customers are used to seeing 20-40% savings on average compared to their previous medical waste haulers, which can then be transferred on to their patients. Our pricing is based on frequency of pickup, along with the amount of waste per pickup. No hidden charges, no fuel taxes, and no environmental fee. The price you see is the price you pay!

Along with medical waste disposal, or RMW as it is commonly called, MedPro Disposal offers a pharmaceutical disposal program, as well as OSHA compliance training for employees. Our pharmaceutical disposal program is extremely simple and hassle-free. We provide your facility with a 2.5-gallon bucket that is filled over time with your unused pharmaceutical drugs. Once the bucket is full, screw the lid on, apply the pre-paid shipping label, and hand it off to your local mailer. That’s it! MedPro Disposal will send out a brand new bucket, and you are only charged per container, so if it takes a full year to fill that bucket, you’re only charged one time a year.

OSHA estimates that 5.6 million healthcare workers handle contaminated medical waste on a daily basis, and they are all required to be trained properly, and OSHA compliant. Our OSHA compliance portal is a simple to use, online program that allows you to track individual employee progress, as well as assign new tests and even self-audit your facility.

Stop wasting your hard-earned money on a simple, required service. Let MedPro Disposal take the waste out of your facility, and the money back in your wallet.

In 1870. Duluth was the fastest-growing city in the country and was expected to surpass in Chicago in only a few years’ time. This was accomplished through the establishment of a large fur trade, copper mining operations, as well as an influx in immigrants. At the start of the 20th century, Duluth’s port surpassed Chicago and New York in gross tonnage handled, making it the largest port operation in the United States. Many businesses and entrepreneurs settled in the area, and in 1905, Duluth was said to be home to the most millionaires per capita in the United States.

Unfortunately, in 1918, Duluth experienced the worst natural disaster in Minnesota history due to the Cloquet fire. The fire decimated a widespread area of Northeastern Minnesota, leaving tens of thousands of people injured and homeless.

After the decline of the city’s industrial roots, the local economy turned to tourism. The downtown area was renovated with new retail shops and brick buildings, turning old warehouses into restaurants, shops and hotels.

Supply and Other Resources for Duluth

The first Aerial Ferry was put into Operation on April 9, 1905, over the ship canal between Duluth to Minnesota Point. It had room enough to accommodate 6 automobiles. Round trip took 10 min.

Stay Up to Date

Join our mailing list to get the latest news and offers from MedPro Disposal and our partners!